Mina Kimes had a question earlier this week about your goofiest sports take that you actually kind of believe and I feel passionately about mine: getting rid of the NFL draft.

What's your goofiest sports take that you actually kind of believe? Mine is: If the Bills want to truly get the most out of Josh Allen, they gotta build a dome.

I think it is cruel forcing kids to go somewhere they don’t want to go. In the non sports world, imagine graduating top of your class and getting drafted to work at Sears. It would be madness. I think a better alternative would be to give teams an allotment of money that they can use to sign picks. From there it is up to the player to decide where they want to go.

I would start giving every team money based off of the total salary cap. In this example, I will use $20 million dollars. From there teams would be placed in pods where money is subtracted for teams with better records Here is how it would work:

This would give teams with a glaring weakness an ability to spend all of their money on one pick if they thought they were a pick away. For example, in 2011 the Falcons traded a plethora of picks (and multiple first rounders) to draft Julio Jones. Based on the chart above, they would have had $18,250,000 to work with since they lost in the Divisional Round the year prior. They could have used the majority of that money to try to convince Julio to play for them. Alternatively, teams with a strong base may spread out their money around more mid-tier players and try to build depth.

Teams could also still trade money for players. For example,a typical second round player would average around $5,000,000. You could trade $5,000,000 in next year’s draft for a player that you would normally trade a second round pick for.

Too many players, and quarterbacks in particular, have been ruined by terrible organizations that have no idea on how to develop a quarterback. Maybe Sam Darnold and Zack Wilson turn into decent quarterbacks if they are able to sign with a team with a better base around them like the Steelers or Saints, even if it means taking less money up front. It would empower these rookies to choose where they want to go. Do they want to take less money to play for a winner, or more money to try to build a loser into a winner.

All of this would take place over the course of a week and would be like free agency on steroids. It would add a great deal of additional strategy as well and force teams to build winning environments knowing that it would play a crucial part in recruiting the next best talent.

Now that the Kam Chancellor holdout is over, it’s time to turn our attention to the next great contract standoff; Ragnar the mascot versus the Vikings. I know what you’re thinking, ‘Samson, you just like to troll the Vikings. That’s getting so old”. While it’s true I have had some fun at the Vikings expsnese such as: 10…

Brian Gutekunst received a lot of criticism this past year by not drafting a wide receiver early on in the draft. The familiar theme of dejected Packers fans seemed to be that they were one playmaker away from reaching the Super Bowl and that we could have found one in the draft. This made me…

I went to school with a guy named Trevor. Trevor was a numbnuts. One year, we were in the same group with two other people for a project. Trevor didn’t add much to the project and read most of his presentation off of a piece of paper. We ended up doing well on the project…

Last year Ragnar demanded $20,000 per game from the Vikings to be their mascot. I thought it was in their best interest to pay the man. He was the only respectable thing on the Vikings and you would have to pay me close to $500,000 per game to go watch that horrible team 8 times…

You may have heard that a certain quarterback who plays home games in a stadium named after a razor blade (bastards) is in some trouble for apparently deflating footballs to gain a competitive advantage.  This may come as a surprise to you, but I fully support Tom Brady.  I feel they were unfairly singled out… 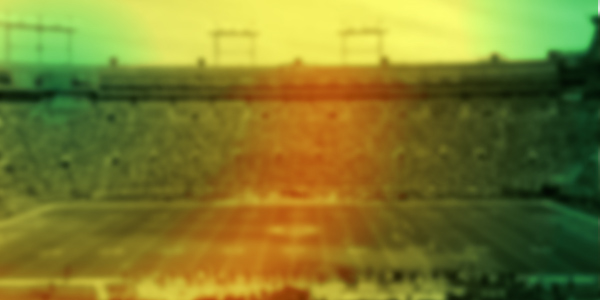 If I am to believe the thought leaders in LinkedIn, everything is about branding. With this in mind, I think Lambeau Field needs a new nickname. The Frozen Tundra worked for a while but I think we need something fresh and non-redundant. Ohio State’s stadium is called the horseshoe. In the early 90’s, they called…